Enjoy 7 Minutes with Gpenzy on YouTube: WEEOBSERVE has uploaded a dope informative seven minutes video on their YouTube Channel by Nigerian singer, songwriter, and musician, who is also the Upcoming Sugar Daddy of Lagos; Ogbonna Godspower, professionally known as Gpenzy.

The clip shows the handsome, well-built, and tall Abia singer, Gpenzy leaving his crib in a dope ride and shares who he is and his musical journey so far.

The musical frenzy will be dropping a new jam very soon; November the 27th, and he calls this one ‘Korret.’ This comes after his last release ‘ASA,’ which has been making numbers on various streaming platforms. 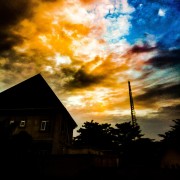